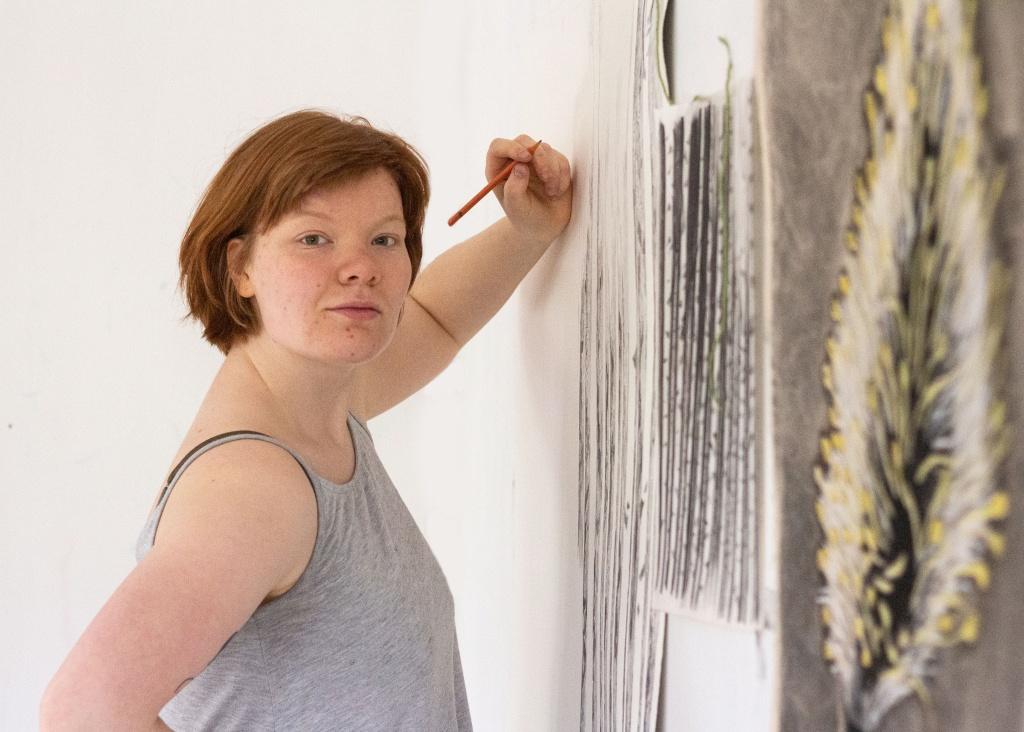 166030020012.08.2022 hrs 13:30
The basis of all Taiga's creation lies in the fact that she wants to try to understand or concretize something. When she describes herself as an artist and a human being, she likes to talk about her existential thoughts and fears.

Li Taiga's roots are deeply rooted in Ostrobothnia, in Swedish speaking finn people characterized by hard work ethic and strong religious convictions. Her childhood was also marked by that culture. She remembers a friend of hers who, when they were six years old, dreamed of becoming an artist. That was the most ridiculous thing Taiga had ever heard. "They didn't even really exist, did they?" She was going to marry a cow farmer and run a farm - have a real job. But after many pretzel hooks, it became culture she began to study. The kindergarten friend with artist aspirations is settled on a farm today, while Li lives a wandering artistic life. "As it can go!"

In the beginning, Taiga's work process is often wild and fragmentary. Deep down, she is a thoughtful person with a great need for control. When Li enters her studio, she tries to let go of her ambitions and see the workspace as a conceptual playground. Sooner or later, there will be interesting fragments and red threads to sniff in - then she can start working more structured and purposefully. She has written down the Swedish artist Jesper Waldersen's five key words on her studio wall: unpretentiousness, chaos, quantity, knowledge, love.

When Taiga was a child, she often wrote lists and enjoyed collecting and sorting things. Li believes her art is a kind of extension of it - a way of documenting life in order to live in it. In its process, aspects such as ecological and social sustainability are also important, although it is seldom specifically stated. 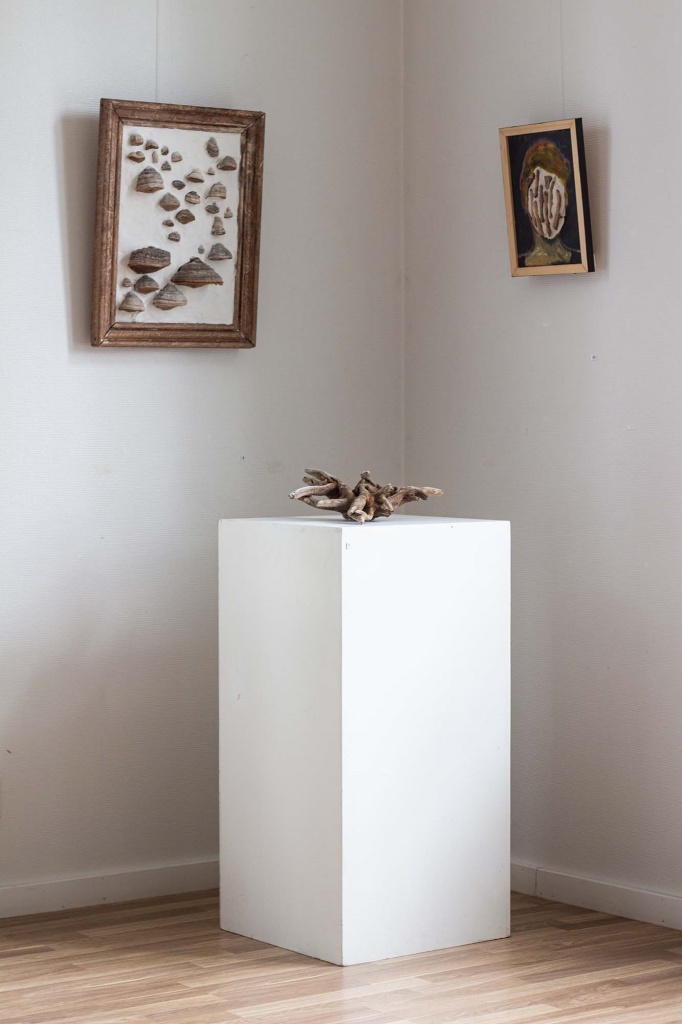 Taiga finds it difficult to give a concrete answer to the question of who she creates art for, other than that she makes art for those who need it. Art and culture have often come to her rescue as everything seemed hopeless. “Culture builds bridges between people that can extend beyond aspects such as time and space. Anyone who looks at art is therefore at least as important as the artist himself.”

What drives and motivates Taiga is a balanced balance between "input" and "output": to learn new things, take part in people's stories, see new places but also to be able to retreat and create a quiet, unpretentious environment where she may contemplate and melt impressions. Since our society looks like it does, she is of course also driven by being able to live in full or in part on what she does: money. 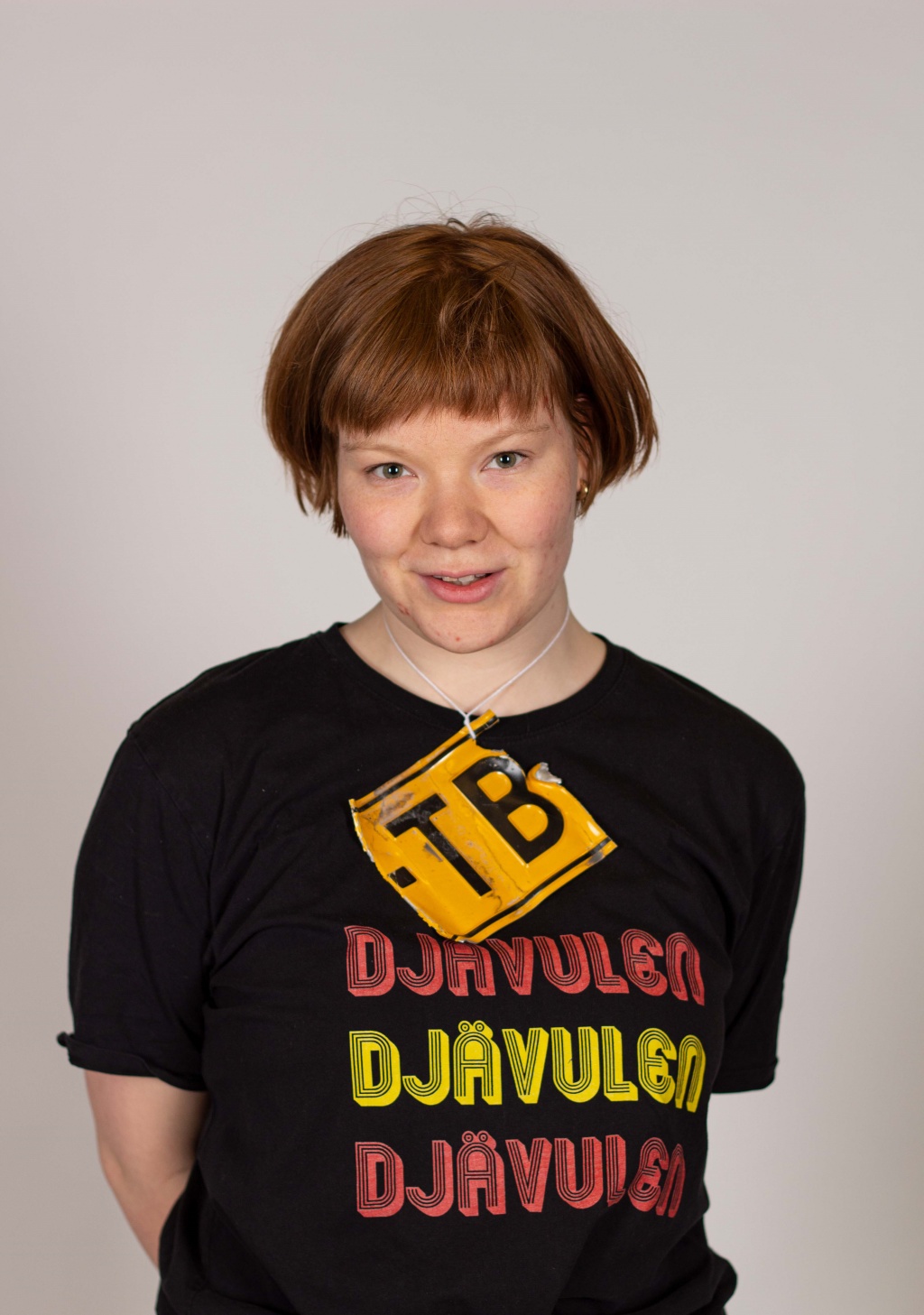 Right now, Taiga is working on a series of paintings in egg tempera that will hopefully be exhibited in its entirety next year, some samples are available already at the Art Round! In addition, she has just been granted an 11-month internship at the Finnish Cultural Institute in Tallinn. She therefore works hard to learn to master Estonian.

Li hopes to discover new artists, unknown to her and art lovers - and also get the chance to meet already familiar colleagues and friends at this year's Konstrundan. "It'll be fun!"